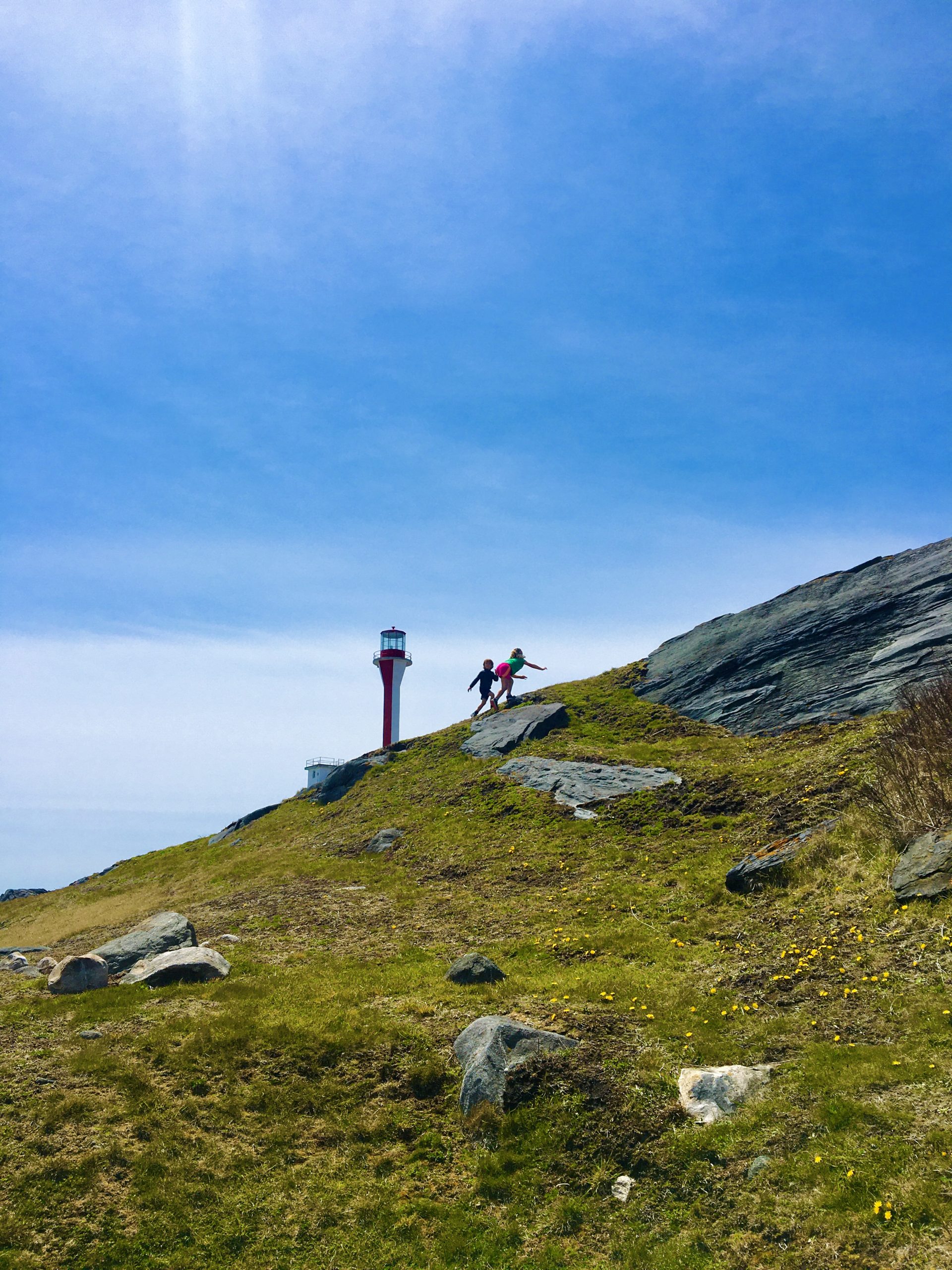 If family and friends were asked to describe me, spontaneity would not top the list of personal attributes. I like plans, preferably made well in advance. Spontaneity is not my forte.

One Saturday morning my husband, always looking to scratch the adventure itch, piled us in the car (after preparing a picnic lunch; he tries to woo me towards spontaneity by removing as many barriers as possible, leaving me with fewer and fewer excuses), and asked the kids which direction they wanted to take. Literally. In the dictionary, this is the opposite of having plans. But, somehow, I managed to hold my tongue. When they picked left, we headed toward the South Shore. I can’t remember the exact Google search string that set us on our course for Cape Forchu, but we took the scenic route along the way.

First, we stopped at Smuggler’s Cove, a nice little detour that captured the kid’s imaginations. The featured landmark – a cave – was used extensively during prohibition in the 1920’s. Pirates and other unsavory types were known to frequent the location, primarily to smuggle liquor. Best accessed via kayak, we didn’t actually get inside the cave, but the beach was lovely and, seen from afar, the cave did have an undeniable air of mystique.

Next up: Cape St. Mary’s. Always on the hunt for another lighthouse, we found this beauty a short drive from Mavillette Beach Provincial Park.

There’s no way around it – Nova Scotia’s coastline is stunning. Not a bad backdrop to our lunchtime picnic (which I don’t recall containing any PB&J – what a shame).

And then we reached our final destination. More rocks, another lighthouse. Basically our family happy place.

Named “Cap Forchu” (forked tongue of land) by Samuel de Champlain in the 1600s, I doubt he could have imagined it would one day play host to Willem Dafoe and Robert Pattinson (Cape Forchu was a primary filming location for Robert Eggers movie The Lighthouse).

One of Nova Scotia’s more famous landmarks (though not equaling the fame of Peggy’s Cove), we had a fantastic time exploring the grounds – picking our path over the rock formations and enjoying time outside in the shadow of a gorgeous lighthouse.

We found tidal pools again, which provide the best possible reason for getting shirt sleeves wet.

While their navigation skills can leave much to be desired, I’ve gotta give the kids credit – choosing “left” that summer day was a great choice indeed.