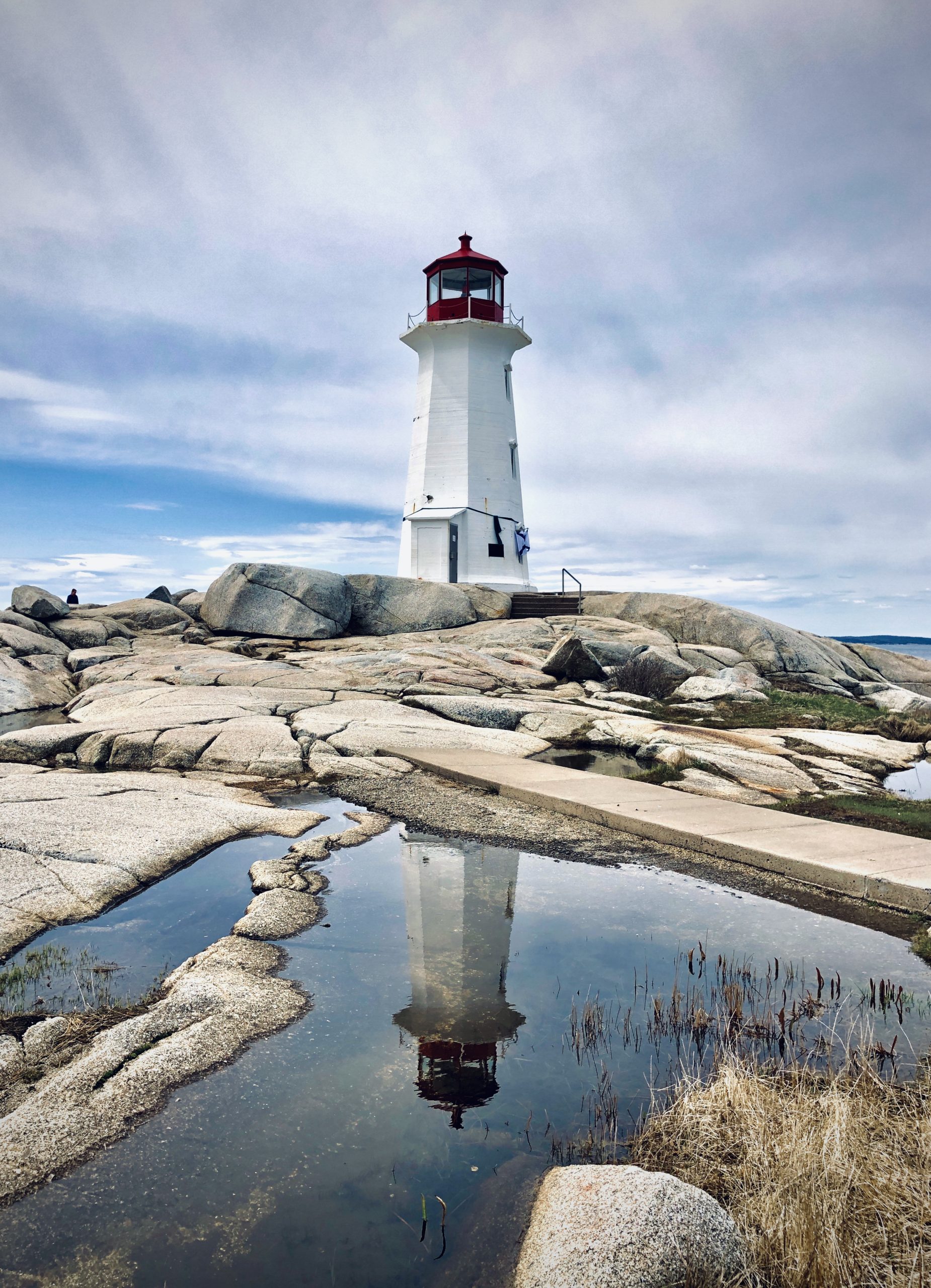 If Nova Scotia was a team sport, Peggy’s Cove would be the kid that always gets picked first. You know, the athletic one that so effortlessly pulls off a swagger.

If Nova Scotia were a postcard, Peggy’s Cove would be the picture. Actually, it kinda already is. Pick up any promotional magazine, browse a local tourism website – or go buy a provincial postcard – and chances are good you’ll come face-to-face with Peggy’s Cove. It’s our Taj Mahal, Sydney Opera House, Eiffel Tower, and Empire State Building. Nova Scotia’s darling, Peggy’s Cove has popular charm in spades.

As a family, we’re big on adventure. In particular, we like finding hidden gems; places off the beaten path – spots that require us to follow grassy trails through the woods to reach a derelict lighthouse or chartering a boat to reach an off-shore island. While touristy destinations are all well and good, we like to champion the unsung heroes of our province. But Peggy’s Cove is one giant exception.

Of all the locations we’ve adventured as a family, Peggy’s Cove is hands-down the kids favourite destination. Local friends admitted that several of their (fully grown) children had never even been to Peggy’s Cove. We went three times in 2020, including Christmas Day. To say we’re obsessed might be underselling things a bit.

Our devotion to those giant rock formations and that iconic lighthouse is unwavering. We visit with friends, we visit with family, and sometimes we just hop in the car on a random Friday evening to chase a sunset. We’ve been there in shorts and a T-shirt, and we’ve explored in winter coats. Sun, rain, and fog, we’ve seen it all.

Built in 1915, the current lighthouse is one of the most photographed locations in all of Canada. For good reason. She’s a beauty. But the winner for our family: those long, sloping rocks – nature’s jungle gym and the climbing wall of every child’s dreams.

Each trip I have to temporarily suspend anxiety. There are rules: no going on (or near) the black rocks. Notoriously slippery, and indicative that pounding surf reaches that area, people are washed out to sea here every year, sadly. I watch and follow the kids like they’re on invisible leashes, but I can tell they feel free. From the time they were toddlers our motto has always been “Pick a path.” Here, more than anywhere, the kids have learned to be intentional about their choices. Taking risks, assessing safety, pushing their bodies, and factoring all that information into making the way forward.

Senses go into overdrive: crashing surf, the smell of sea air, a happy assault of colours, the rush of wind.

Cheers, Peggy’s Cove; until we meet again. I have a feeling it won’t be long.