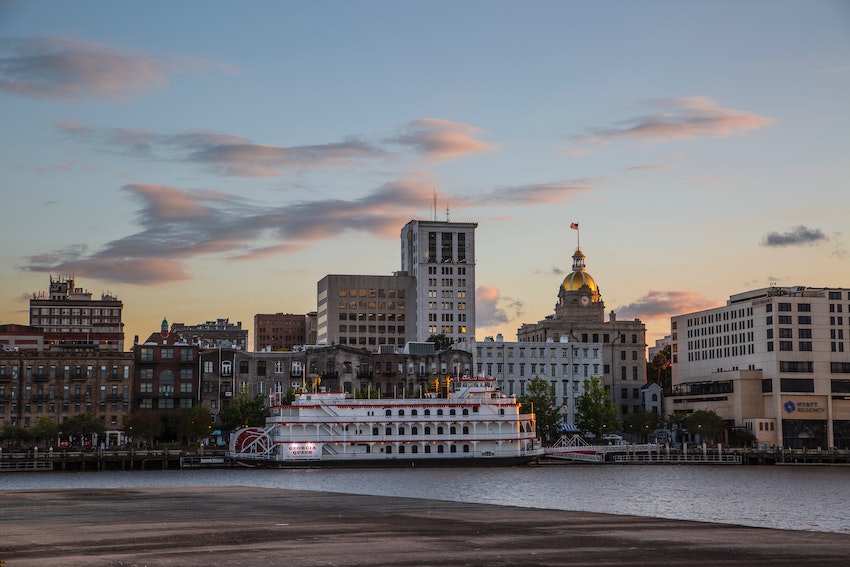 Everyone, it seems, either raves about – or wants to visit – Savannah. My brother always makes a point to coordinate a trip when he visits South Carolina; work colleagues told John it was a “must-see” destination in the South; Tripadvisor reviews are glowing.

If I had to use a single word to describe Savannah, it would be “underwhelming”.

But then I’d be quick to provide lots of caveats. In retrospect, I think much of this underwhelm had to do with our inflated expectations, relatively short stay (a day trip), and some unfortunate timing/misinformation. Because it was a lovely day: my sister took our kiddos to the local zoo back in Columbia while John and I got to explore a beautiful city on foot.

Summary: I’m glad we went, but don’t think I’d feel the need to return on any subsequent trip.

*Credit alert: every picture in this post (except the header) was taken by John. I didn’t touch my phone while we were in Savannah!*

A few other thoughts:

While I’d rank Savannah as a solid B, I can see how to certain demographics/under certain conditions it would be an A+. We didn’t do a riverfront cruise, trolley car tour, visit local plantations, or rent bikes on Tybee Island. We weren’t there long enough to soak up some of the most charming elements of the area and I think the city at dusk would be stunning. So, given the parameters of our visit it was underwhelming but with oodles of caveats and still many, many highlights! Even as I’m writing this I feel like I need to go back and give it another try?!

Has anyone else ever been (or have plans to go) to Savannah? Thoughts?

Hi. I’m Elisabeth – wife, mama, entrepreneur, and connoisseur of warm socks. A lifelong pessimist, I try to balance this out by doing lots of fun stuff with my family. Days can be long but – wow – the years are short.

Instead of a cool hobby like playing ukulele or fixing antique toasters or participating in an Ultimate Frisbee league, I prefer to spend my leisure time thinking about how I structure my days and environment. Might sound boring – wait, isn’t organizing a sock drawer everyone’s idea of a fun Friday night activity? – but I like this sort of thing.