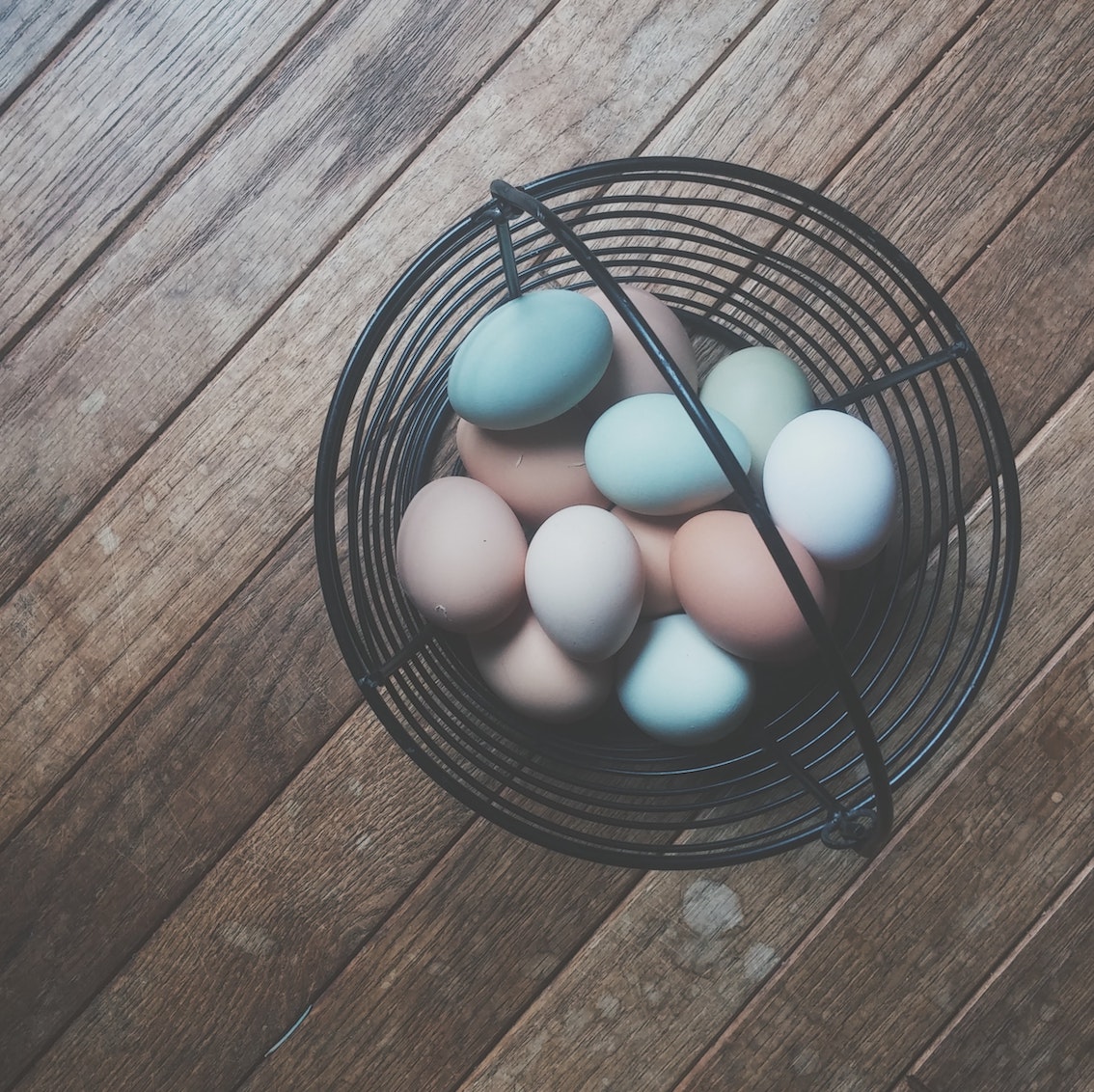 Um…that was weird! Yesterday at lunchtime the power just…went out. It always feels disconcerting to lose power, but it’s somewhat expected during a windstorm or in the middle of a blizzard. This was just a random, sunny afternoon in April with nary a cloud in the sky.

The power came back on late in the evening, but not before it changed the trajectory of my day.

For starters, I had a work meeting in the morning and came away with a list of action items…of which I accomplished zero. The soup I took from the freezer for supper – well, that doesn’t get warm without electricity! I did manage to seize the opportunity to tackle an external landscaping project I’d been putting off for two years, which provided a giant dose of satisfaction.

Despite that morale boost, I’m quite happy the power is back on, hope it stays on, and want to acknowledge how very much I take electricity and related conveniences for granted. Wifi and hot water and laundry are truly gifts of the modern age. Want to know the first thing I did when the power came back on? I marched right to the microwave and warmed up two Magic Bags!

This morning I’m going to wrap up some loose ends at work and then have lunch plans at my Soup and Sandwich Oasis (visit #2 of 2022).

The week that was…

ENERGY | I felt very tired this week. Overall, my energy levels have been significantly better lately, but every morning this week I woke up exhausted and felt like I was wading through a giant vat of molasses. I ended up taking a long nap Wednesday afternoon (my first in over a month!) and then again on Thursday (there was no power so what else could I do). I gave myself lots of margin and scaled back on exercise.

EXERCISE | One short run (I felt awful and stopped after 2.5 km) and daily walks, including several with the whole family and another with a friend and her toddler! I wanted to do more – especially when the weather was nice – but tried hard to listen to my body.

EASTER | Easter is, and always will be, focused on faith. The rest of the typical activities fall flat for me; I don’t have any established food or family traditions at Easter. There is no special meal or annual egg hunt. Other people always fill in this gap for the kids and Abby and Levi ended up with chocolate goodies (among other treats) from three sources. So they’re doing just fine. But still…

When I woke up Easter morning the kids had DECORATED (I have a tiny bin with a few small decorations for each holiday, which I often don’t even bother using) and set up a candy hunt. I opted not to view this as a failure in parenting, but rather as a sweet gesture from the kids – and it was surprisingly fun to go on an unexpected hunt as an adult. I felt slightly guilty as the day wore on, and ended up repurposing some chocolate eggs (given to them by a friend for Easter), giving the kids a little surprise in-house hunt (granted this was for candy they had already received).

FRIENDS | Before Easter, I spent a lovely afternoon with author/illustrator Jan Coates. We talked about writing and life and exchanged reading suggestions.

The first book I ever read by Jan remains my favourite – Rainbows in the Dark -which happens to include a character named Abby and a storyline that centers around second-hand clothing (see below).

Jan has also made 1000s of beautiful masks during the pandemic and gifted me 4!

We were able to host two families over the long weekend for supper meals. Friday night we had meatballs, rice, peas, and cornbread with pecan pie (boughten; I draw the line at making pie). Monday night I served Chicken Mango Curry, rice, cornbread, and homemade lemon bread. Do you sense a theme? One-pot meals with rice and cornbread are my go-to. Both families are new friends, so I expected the kids to be a bit on the shy side – not Levi who ended up convincing people to play chess with him both evenings!

WORK | This week work felt very…meh. I have a big surge of responsibility around the middle of May and as much as I want to be proactive, much of it can only happen last-minute. It was also a weird week because of Easter. Everyone was off on Friday, but then some colleagues I work with at various universities were working on Monday, but contacts within government/industry were not. And then the whole no-power/internet schemozzle yesterday. Everything was fine, albeit uninspiring.

WATCHING | Trust No One: The Hunt for the Crypto King. This documentary about a bitcoin conspiracy had a geographic connection as some of the main people in the story were based in nearby Halifax.

We finished Race Against the Tide, a New Brunswick-based sand sculpture contest. We watched it as a family and everyone really enjoyed this show.

And John and I started the recent Masterpiece version of All Creatures Great & Small. James Herriot books – and the original All Creatures show – were family favourites in my household growing up, so I was happy to see a few episodes of the reboot.

READING | I ended up skimming/abandoning the books on my bedside table this week. I also started reading a poetry anthology from my bookshelf which is failing to wow me.

We did read a few fun picture books.

I’ve written before about how years ago my friend and I would thrift every Friday night while our kids attended an activity. Schedules have changed and we haven’t been able to do this together for almost a year, but squeezed in a few hours on Saturday. In addition to being a great way to source things inexpensively (and keep items out of landfills in the process), it’s also just a lot of fun for me. With this particular friend, we end up in hysterics over the crazy items we find and also love to act as theoretical personal stylists for our friends (as in: “Can’t you just see So-And-So loving this outfit?”).

I came away with a relatively small haul, but that’s okay! I prefer to keep things minimal and just fill in holes/upcycle as I’m able.

I got the Levi’s shirt for Abby ($4) and a sweater and flowing T-shirt for myself. And then two pairs of Spandex because…I only have one good pair at this point and that was not enough Spandex…along with an exercise skirt and a pair of Birkenstocks (they have some wear, but at $4 for GENUINE Birks…it was too good to pass up). The skirt is a wildcard (it has built-in spandex shorts) – I’ll either wear it constantly or will end up consigning it after a few months. Time will tell.

I also “shopped” my closet; I store seasonal items in the guest room and switched out some winter dresses/sweaters for T-shirts and summer clothes. (As a reminder, this post showed every item hanging in my closet for the fall/winter season – and I’ve since consigned two of those items.)

Then on Monday, John took the kids to source summer gear. Like me, they have a relatively minimal wardrobe, but they were in desperate need of some new warm weather gear.

They came away with great finds (not pictured: sneakers for Levi @ $2.99, new cleats for Levi in like-new condition@ $8.99, knock-off Birks for Abby @ $3.99 + 20% off those prices because of coupons we get for donating). Other highlights were a Levi’s sweater for Abby @$2.99, a Messi jersey for Levi, and a Star Wars shirt that matches one John owns.

I’ve chatted a few times about thrifting and several people have asked what/how we thrift.

In terms of where we buy things we use Kijiji (a Canadian equivalent to Craigslist) or shop at stores belonging to two chains: Frenchy’s and Valu Village. I go to Frenchy’s about 6-8 times a year, and we go to Valu Village about once a week for about half an hour while the kids are at an evening activity. Occasionally I also visit a local consignment store.

In terms of what we buy secondhand…just about everything. I would say at least 75% of everything we own comes from either IKEA or thrift stores/second-hand sources. At least half of the artwork in our home came from thrift stores, and virtually every single item of clothing has been thrifted! Our record player and records, various computers, various sets of LEGO, books…

I will say that it takes a certain willingness to wait for items, and I have to keep a running tally of what we need to shop effectively. By living with minimal stuff, it tends to be simple to keep tabs on what we need and I find it a relaxing “hobby” of sorts. It doesn’t feel like work and the money savings are especially rewarding. That said, I can appreciate it not being for everyone and/or it takes the right combination of proximity to thrift stores to work well.

And that’s all I got for this unusual week.

Your turn. Was I the only one who neglected to plan a chocolate egg hunt…and then felt slightly guilted into doing one after my children took it upon themselves to organize one for the adults?! Does anyone else like thrifting?

Hi. I’m Elisabeth – wife, mama, entrepreneur, and connoisseur of warm socks. A lifelong pessimist, I try to balance this out by doing lots of fun stuff with my family. Days can be long but – wow – the years are short.

Instead of a cool hobby like playing ukulele or fixing antique toasters or participating in an Ultimate Frisbee league, I prefer to spend my leisure time thinking about how I structure my days and environment. Might sound boring – wait, isn’t organizing a sock drawer everyone’s idea of a fun Friday night activity? – but I like this sort of thing.