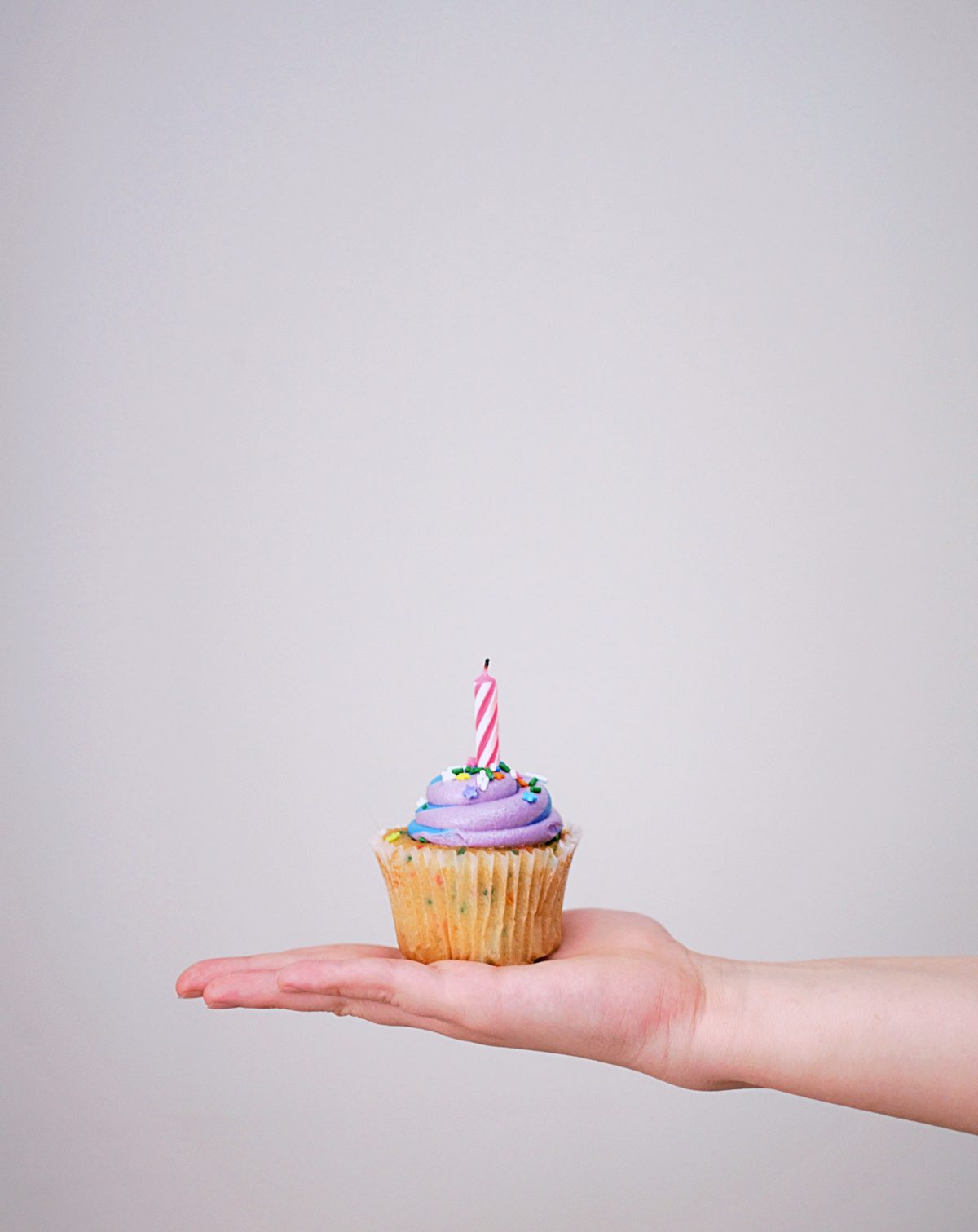 Time is funny, isn’t it? Some days seem to last forever and yet, in the blink of an eye, your firstborn wakes up one morning as an 11-year-old when you could swear – just yesterday – they were a colicky newborn.

It’s Friday – at the end of a busy week – with a little birthday party scheduled for later today. But first, a recap of the week that was…

I spotted another (different!) knitter in church on Sunday on the other side of the (huge!) room. This knitter was working on a very large and very colourful blanket or scarf.

The kids had a sleepover on Saturday night and I heard their conversation go late into the evening. I thought one child was making up an “audiobook” for the other – they do this and have actually said “I need to finish this chapter“…about a story they’re making up on the fly. The next day I asked what they’d been talking about and one child said: “We were talking about life.” My kids are old enough to “talk about life?” What happened to discussing plot twists from the latest episode of Paw Patrol?

I was at the grocery store and the elderly lady behind me in line had one item. A box of Fruit Loops. Maybe she was buying this for a grandchild (or, more likely, a great-grandchild). Something about seeing someone so old go through the checkout with ONE ITEM and that ONE ITEM be a classic children’s cereal made me smile. I wouldn’t have batted an eye at Cornflakes, but will admit I never saw the FruitLoops thing coming.

Waffles (last Friday because it was Friday and that means it’s Waffle Day + Wednesday, just because) loaded with peanut butter and fruit and Greek yogurt and chocolate chips and HOMEMADE MAPLE SYRUP.

This stuff is the best. I boiled it down a bit too long, so it’s actually the consistency of thick honey, but that also means it’s even sweeter than typical syrup and is basically joy in a bottle. Joy that we captured from a tree with some tools and our own hands. My mind is still slightly blown. I suspect this is how gardeners feel? But, with two brown thumbs, I’ll stick to 250 ml of maple syrup and call it a day. Using this maple syrup has definitely been a treat.

I am also eating a lot fewer carbs/sugar as I hang out in detox mode after March Break. It feels good to understand there are times for “feasting and fasting” and to recognize both states can be healthy and enjoyable.

After 5 years spent managing a project for which I felt completely out of my depth, I have officially handed over the reins to a colleague.

It feels…amazing. I don’t think I recognized how much this constant low-level stress impacted me. In terms of the sheer volume of working hours, the project didn’t end up demanding much time, but it was an ever-present source of low-level anxiety and I felt obligated to deal with “emergencies” immediately (at which point the project became a source of high-level anxiety), which could happen at any time (24/7/365).

In another role, I am…not sure exactly. I don’t think it’s imposter syndrome? Maybe a bit? Or perhaps it’s the unshakeable sense I’m treading water? Everything is fine, but I’d like to have the sense that it’s great and I don’t know if that’s even possible? I’m still working through that mentally and practically.

There wasn’t much time for reflection, though, as this was a very, very busy week. I felt like I was juggling things adequately, but also that one more e-mail full of action items would be enough to send everything crashing to the ground. Most items are of the rubber-ball variety, but still. I made a big colour-coded work chart to organize all my to-do’s and am working through that systematically, which helps. I learned two big tasks that I thought were someone else’s responsibility are actually mine…so I’m now starting work on them much later than I would have had I known they were on my plate. C’est la vie.

But just a few more hours to go before the weekend, and while I did some evening work this week, I will remain absolutely rigid about staying offline (for work purposes) all weekend.

I have mixed feelings about Jennie Allen. I read her book Restless years ago and LOVED it. Every book since has left me feeling “Meh“. I think that while some (much!) of the content in her books is great, I just don’t relate to her personally? A friend contacted me asking if I would be willing to do a deep dive into the book with a few other local friends. I have never belonged to a book club (which this is not, really), but I graciously declined. She persisted, I said I’d think about it, and the next day she managed to get a book into my hands and that settled it!

Something about how Allen relates her experiences seems foreign to me (talking about searching for friends that will show up randomly with pizzas or arrive early to help prep dinner – this is not my introverted thing). BUT she had some great points in the book; we’ve lost the village mentality which, frankly, is how we were designed to operate. In a world that often promotes individualism, we all end up on the losing end. We crave – and need – friendships and connection. Amen. So I like the message, but don’t always completely align with the extroverted come-over-anytime messenger. A few quotes…

A village of people meeting different needs and loving you in different ways provides a fuller, richer way to live…You just have to spot what gifts they bring to your life and also own the role you play for others. What do you bring to your friendships?

We have no use for empty platitudes. It’s the “I know you and I love you” that we crave. [This reminds me of my Valentine’s Day post!]

We carry weighty purpose into every interaction we have, and every human carries in them a weight of glory. When we understand this idea, we love differently.

Into the Wild. This is a divisive book (and topic). Some people consider Chris Mccandless (and Jon Krauker) to be heroes; others view them as ignorant. I thought it was an interesting, well-written book and felt sorry for Chris and how the story played out.

Keep Moving by Maggie Smith was a recommendation from Nicole. It was a refreshing mix of affirmations and kick-in-the-butt motivation delivered in bite-sized chunks. I used an shocking number of sticky tabs to highlight favourite quotes. I was going to post some of them here today…but there were too many so I’ve decided to dedicate a whole post to this book (currently tied with Matt Haig’s Notes on a Nervous Planet as my favourite books of 2022).

The Circus Ship is an old favourite (oddly enough our library system doesn’t have a copy so I got this via interlibrary loan). I didn’t actually read the Colors of Habitats (the kids looked at it solo) as it’s just labeled pictures – but if you have a child that is into animals the illustrations are absolutely gorgeous! And while the Goldilocks book wasn’t unique in any way, we just all seemed to like the illustrations and pacing of the book.

WATCHING | Everything we’ve watched over the last month or two has had a similar (and not necessarily uplifting) theme.

Inventing Anna. B- for the acting; that might actually be a generous grade as I found almost all of the acting stilted and subpar. A for the craziness of the story; I really want to watch a documentary about this story. F- for the amount of gratuitous swearing (I don’t care how much her lawyer swore in real life, it felt forced, completely unnecessary, and detracted from the quality of the show).

Bad Vegan. What a crazy story.

The Dropout. The story of Elizabeth Holmes is mesmerizing and infuriating. I read Bad Blood a few years ago. While I had a hard time getting into the book, I thought this miniseries was very well done. Having co-founded/worked in startups for almost a decade now, it also just felt very relatable (not the bits about defrauding investors, being mean to employees, and overt lies…but understanding the time, effort, and occasional foray into smoke and mirrors required to build a successful business).

When you pull in the fact we recently watched The Tinder Swindler, if this was the only media I ever consumed I would surmise two things: 1) I need to assume EVERYONE is a liar, and 2) For the love of everything NEVER SEND ANYONE A BANK WIRE. Never, never, never. The number of bank wires in these shows is dizzying.

Spiderman: No Way Home. I found this to be a solid superhero movie (and have to admit the unexpected throwback to Tobey Maguire (who was Spiderman when I was in high school) was a fun blast-from-the-past. But…the general storyline struck me as tragically avoidable and the scene with Marissa Tomei/Aunt May was heartbreaking.

We continue to sloowwwllly watch the Beatles documentary Get Back. Such a slow burn (and it’s sad in its own way because of what was ahead for the band members), but I’ve really enjoyed this. We were listening to the Let It Be album the other day and I heard George Harrison ask for cauliflower with cheese sauce (the songs were recorded live) and we had JUST watched that exact scene on video the day before. If you like the Beatles and behind-the-scenes footage, I highly recommend.

Too often I forget to appreciate that God has created such a beautiful world. I’m thankful I have eyes to see, ears to hear, and a nose to smell because there is just so much beauty out there!

I’ve been listening to Alice Griffin’s Dream Into Spring series; one day she mentioned “collecting Earth’s jewels“. But you have to have your eyes open to see them, first!

I think kids help immensely with this. They were quick to spot an ENORMOUS pile of snow on a back-woods trail (it must be a dumping ground for a local municipality). These pictures do not capture the true scale of this pile; we only let them climb the short side – further away was a sheer drop that was at least twice the height of the smaller side they climbed.

One the same walk, I spotted a perfect “Y” – we have all sorts of pictures of sticks like this over the years (lots of “A’s” surprisingly enough). I also spotted a distinctive heart shape in some branches outside our window and now I can’t “unsee” it, which is lovely!

On our Thursday morning walk to school, within 2 minutes of leaving our house, we saw a male cardinal singing at the top of a tree, 4 bluejays, and 4 Canadian Geese. We listened, we looked up, we noticed! It takes the noticing bit – and if we allow ourselves to notice, there is just so much to see!

One last nature jewel – my (almost) birthday girl in a flashback to our time spent in the woods.

How was your week? Are you a nature-lover? If so, what “jewels” have you spotted lately? Anyone else celebrating a birthday (I know Jenny did; feel free to pop over and say hello!)?

Header photo by Isabella and Zsa Fischer on Unsplash