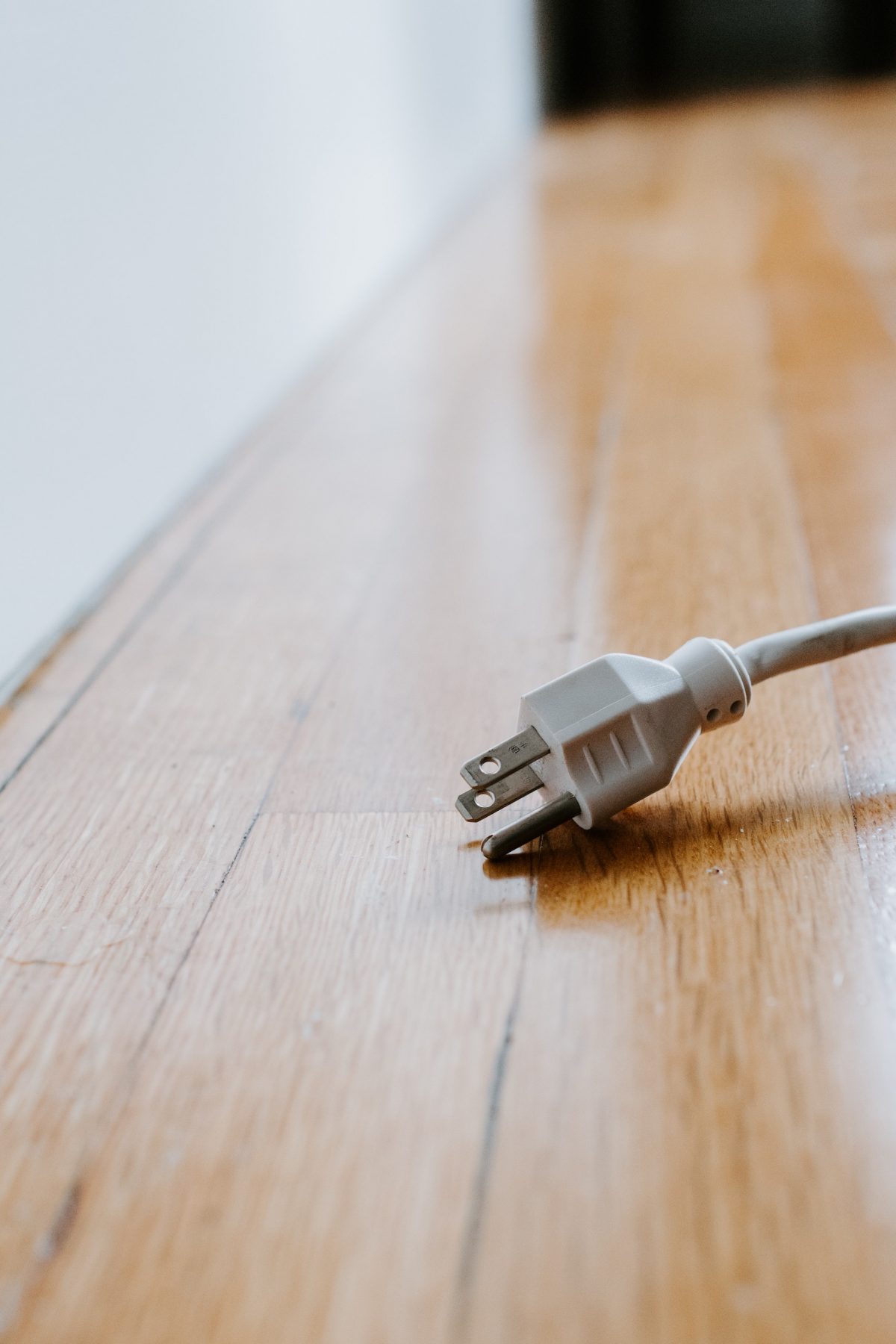 It’s Friday! Let’s recap the week that was…another week with snow days (2) which I handled with increased levels of sighing. Sigh.

This too shall pass. Spring will come. Right? Sigh.

EATING | Chicken Pot Pie Soup – this is the kids favourite soup recipe and it tasted extra yummy this time; I made buttermilk drop biscuits to go with the soup and it made winter feel slightly less maniacal.

Bulletproof coffee. Coffee tends to upset my stomach and I’ve avoided it for months. But, with another snow day thrown into the mix and multiple nights of poor sleep, a creamy, delicious bulletproof coffee really did hit the spot.

Miss Benson’s Beetle: I couldn’t decide how to rate this book. I think it was a 3.5-3.75 star book, but since Goodreads provides neither 1/2 nor 1/4 stars, I rounded up and gave it 4 stars. It was nothing like I expected (though, honestly, I don’t know what I was expecting). The first part of the book had me mesmerized. I read every. single. word. But then other parts of the book were just so…long. And boring. (I don’t know how people don’t skim parts of books? Or maybe they stop reading?) I definitely skimmed some sections. But it was a captivating story, I found the main characters likable, and the plotline felt original. 3.75/4 stars

Floor Sample: I’ve read a number of Julia Cameron books about creativity and have appreciated both her writing style and insights. So it felt like a natural progression to move on to reading her memoir.

When will I learn?

A bit like learning about the tragic life of Lucy Maud Montgomery alters the reading experience of Anne of Green Gables, this memoir really coloured my interpretation of Julia Cameron’s work. She’s had a hard, sad life which is in such stark juxtaposition to her fame. It was frustrating to read about decisions she made that were so clearly damaging her mental health. She experienced a lot of trauma and addiction; the book often felt like watching a train wreck and it also left me trying to make sense of what she was writing at the time (creative advice) versus her personal reality. I finished the book, but wouldn’t read it again or necessarily recommend it to anyone else. The writing was fine but I didn’t find it overly cohesive. I tried to go by the prompts from Goodreads and would say “this was okay” which = 2 stars

For anyone who has experienced the heartbreak of dementia, The Remember Balloons was incredible. My kids really appreciated the message of the book and my voice kept catching as I read it while thinking of the various loved ones I’ve had that have been touched by Alzheimer’s or other forms of memory loss. Such an impactful, beautiful book about such a hard subject.

The Incredible Ship of Captain Skip is an interactive story. You actually build a little paper boat and then slowly modify it as you read through the book. The illustrations are also very whimsical. I think the writing could have been better, but the kids thought the hands-on aspect of the book was fun.

The Boy and the Sea had gorgeous illustrations and was another book that filled me with a bittersweet dose of melancholy (also exploring themes of aging).

It was a great haul (Abby and I went together and it was really fun as she can now browse through clothes independently and I only have to offer feedback).

No on to the exciting life change coming our way…

Since John and I met, one Sunday morning during our final year of undergraduate study, there really hasn’t been much time for rest.

Somehow, through the whirlwind blur of our romance, we managed to finish our degrees. I headed into a summer of research while he went off to do fieldwork for a geophysical research company. In early July, I said “yes” to his big question.

At the end of August, I had exactly three days to pack up one chapter of life (tearfully saying goodbye to Dot) and head to another. Three days to recuperate from four years of intense work. (Note to self: gap years are a thing. Investigate.)

This also meant I only had three days to say goodbye.

We spent the next year engaged and apart. He worked, I studied. We called each other constantly. I got an unlimited phone plan. That worked for a while until I got a $250 phone bill. Turns out I had “exceeded reasonable residential usage.” I would call and then stay on the line while I worked on various projects, just wanting his silent companionship.

We got married – I took less than two weeks off; summer was my only opportunity for a field season. Work and study filled the next year. Suddenly I went from being tired all the time to being exhausted. There was a good reason! By the time I defended my thesis I was seven months pregnant, working full-time on a research contract, and working part-time for a local university. For his part, John was completing a Master’s and working full time.

The last decade has been a blur. I don’t know how to encapsulate the crazy string of events and career developments that John has gone through. And, really, that is his story to tell. But it has been an exciting and wild and stressful ride.

And we signed up for this roller-coaster.

But, at some point, everyone needs a break from the amusement park rides – the constant excitement and rush of adrenaline can become a bit too much.

John often describes his work as functioning nonstop at 10,000 rpm (and we as his family, of course, get pulled along for the ride). Even at the dinner table, he has 25 “tabs” open in his mind. Leading strategic business globally for an Australian technology company (that has grown from 20 to 180 people in his 5 years there) means something is always happening in some time zone that he needs to be across.

We recently decided it was time for life to purr along at 2,000 rpm for a while.

While it is his job, not mine, as any partner to a person with a busy career knows, it becomes a “family business.”

There are tradeoffs. It means I have made multiple trips to the emergency room in the middle of raging snowstorms (during one of these trips I received a text from him – he didn’t know where I was – with a picture of him taking a client to a pro hockey game; not his fault, but I was more than a little bitter), overseeing contractors in the basement jackhammering our house foundation (he was in Japan), and just about everything in between. But really, the hardest of it all, is the day-to-day minutiae of maintaining a house and children during the many periods when I am the only one available. It’s being the doctor and the sheriff and the chauffeur and the chef and the nanny. It’s remembering to take out the garbage and receiving calls from the school about sick children. And most of these are glass balls I couldn’t drop.

About a month ago – during his work trip where I pitched my adult tantrum while stuck home alone in the middle of a blizzard with the kids – the next step seemed obvious.

While he has a generous vacation bundle, his own passion for success (and the thought of coming back to an avalanche of work post-vacation), combined with Covid putting a dampener on more enjoyable, carefree travel, has meant most of our “breaks” over the past 2 years have taken the form of long weekends.

A few weeks ago I wrote a post, and buried in the comments section Lisa wrote the following:

…getting upgraded to first class or being able to pick exit row or bulk head seats isn’t an adequate trade off for what you give up. I will never have status with an airline again and I am THRILLED about that.

In our household, John’s airline status has made the miserable art of regular travel seem…slightly less miserable. Upgrades and concierges and all the other perks are nice.

Status, of course, can take all forms. It could be airline status or it could be a fancy car or house or a big job. But, almost always, status comes with a cost.

We knew we needed an extended rest, but it can be hard to take the necessary steps. But we did and today marks Day #1 of a 6-month sabbatical; we’re so grateful that he works for a company that supports this.

Life will continue to happen during this sabbatical. The kids will go to school and people will need to eat. I still have my own work responsibilities to attend to; we have a personal work project to tackle together.

But there will be no work travel. No jet lag or delayed flights or weather delays (that aren’t shared experiences). No evening meetings. No fires to put out. No Slack. No Zoom. No e-mails. No “Shhh. Daddy’s on an important call.” No rushed suppers.

I wouldn’t change anything about our story. It has been a wild ride but we’ve ridden it together and learned a lot. I’m also aware that being able to make this decision is an enormous privilege.

But today, on Day 1, I’m so excited to take our foot off the accelerator and hop off the ride for a while. Maybe we can settle in and get comfy on a park bench and dig into an funnel cake while other people queue up for those adrenaline-laced amusement rides.

Happy Friday. Anyone else recently make some big decisions to step back…or “lean in”?