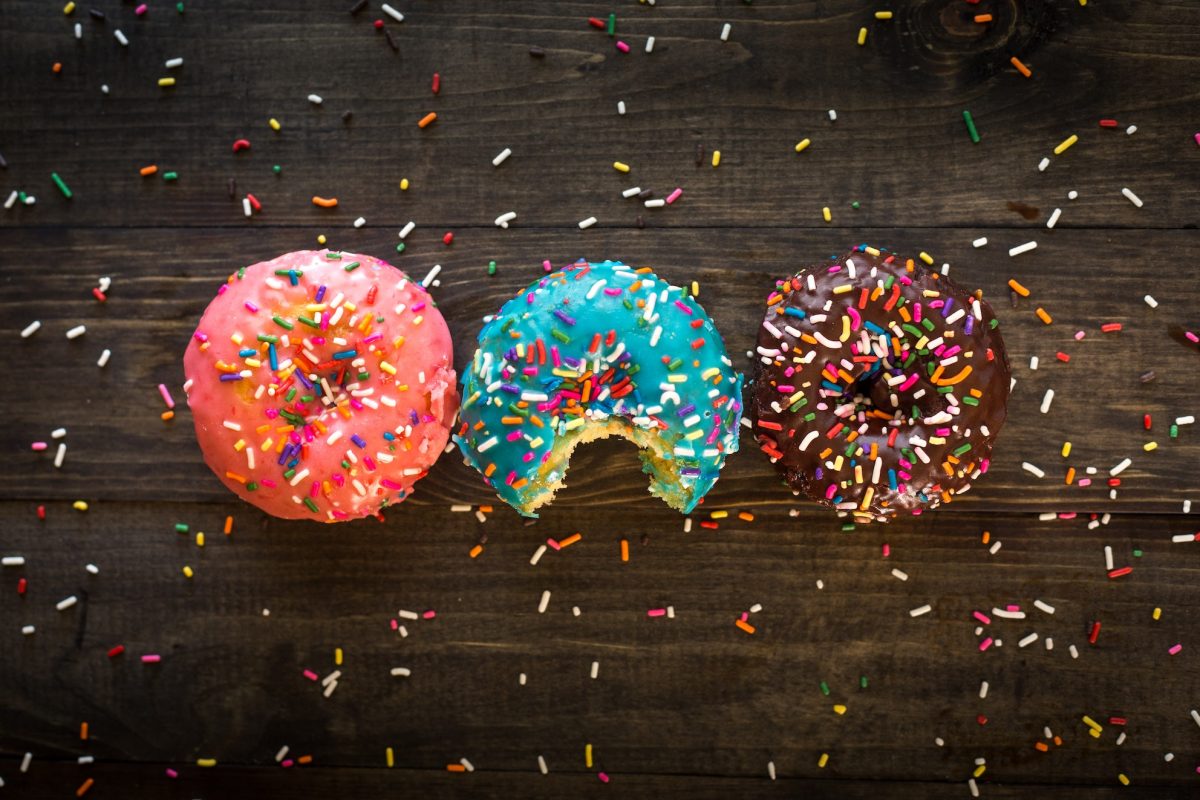 If you’re anything like me, you prefer to enter situations with a 10-step plan already in place. It can be easy to put things off – or avoid decisions and situations entirely – if you feel unable to “fully” prepare.

Often it is wise to play it safe. Research. Plan. Organize a backup. Consider potential impacts and ramifications. But, sometimes, you just have to take a big ol’ bite…

My husband, in the midst of a stressful work situation, once likened the experience to drinking from a fire hose. The learning curve was steep, stress levels high. He certainly felt as though he had bitten off more than he could chew. But he took things one step at a time and, eventually, it felt more like drinking from a very high-pressure garden hose.

Some changes are impossible to prepare for; there are too many variables, too much uncertainty. Ultimately, the older we get, I suspect we all realize that life is unpredictable and sometimes you just have to open up real wide, take a giant bite, and have faith the chewing part will come later. But some helpful caveats:

First, make sure you have teeth. In other words, don’t accept the Head of Neurology position with no medical training in your back pocket (as ludicrous as this sounds, I am shocked how frequently I read about stories not so unlike this seemingly far-fetched example; people dangerously underqualified for positions they assume, usually under false pretenses).

Second, know what sort of food you want in your body. Are you a kale smoothie aficionado, or do you prefer Mars bars washed down with some Peach Snapple? In other words, it helps to know where you want to get to. What do you value at the end of the day – even if the getting there part seems daunting?

I’ve co-founded two businesses and birthed two children – both require huge investments of time and other resources. Both put me in uncharted territory where I felt like I had a mouth full of birthday cake, at a party I wasn’t invited to. But over time I learned how to change a diaper in the dark and how to navigate the emergency department at 2 am with a feverish child; I muddled my way through preparing business plans and grant applications.

Mileage will vary – interestingly, a big bite to one could be a tiny nibble to another. Back to the motherhood example: no matter how long I waited, I was never going to feel prepared for the adjustment. If I’d waited until I was ready, I’d still be waiting. For many, entering motherhood feels like drinking from a fire hose; for one of my sisters, it was a tiny blip on her radar. Work, life, travel – they just continued on, fitting in and around her new responsibilities as primary caretaker to a helpless infant. No stress or tears, and by 6 months she was ready for another one.

I’m a huge fan of Gretchen Rubin’s work, and she’s discussed a personal mantra to: Choose the bigger life. It can be a helpful rubric through which to evaluate decisions; I might want to consider “choosing the bigger life” when someone suggests a last-minute weekend getaway (it would be easier to just stay home), when my husband wants to wake the kids up to see a once-a-summer meteor shower (they’ll be so cranky in the morning), or if I’m considering a major career transition (too scary, too hard, too exhausting). Choosing the bigger life can often mean biting off more than I think I can chew…or taking a leap of faith.

Last year our family visited a new-to-us beach, which happens to have a well-known jump zone. I hate getting cold. I’m not a big fan of heights. This wasn’t exactly my cup of tea.

My husband, a true adventurer, didn’t even hesitate; when he came out of the water, I was still dithering about what to do. Then I turned to him and said: “This would definitely be choosing the bigger life.” So I jumped. It was freezing and terrifying and I screamed the whole way down and I don’t know if I’d ever do it again – but it was a highlight of my summer. Why? Because it was daunting and scary. Because it was spontaneous and unplanned. Because it was slightly dangerous (or at least it felt slightly dangerous).

Stuck in a rut? Confused about what should come next? Sometimes you might want to consider biting off more than you can chew.

I spend a lot of time thinking about how I structure my days and environment – from time management to minimalism, I’m always on the lookout for new strategies to reduce physical and mental clutter. Might sound boring (wait, isn’t organizing a sock drawer everyone’s idea of a fun Friday night activity?), but mostly I’m trying to enjoy the little things while avoiding peripheral distractions. Let’s just say it’s all a work in progress…