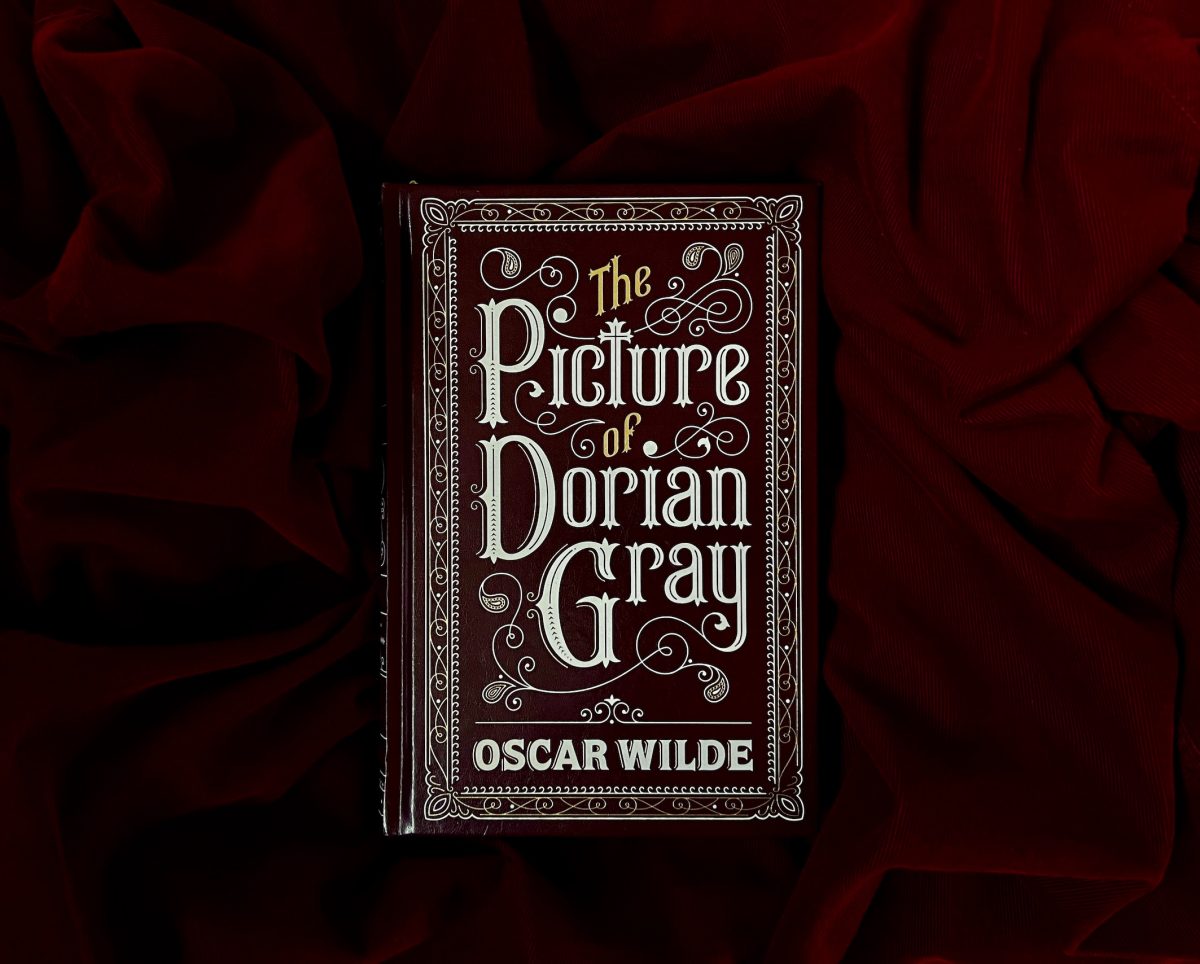 Welcome, friends. We’ve made it to Friday and I’m looking forward to logging off work in a few hours and embracing the weekend. I’m hoping it will involve some Chai tea, no snow (or freezing rain or precipitation of any sort, for that matter), and several luxurious naps.

It was a good week. I feel like my Casual Friday posts have been a bit “down” lately; I was pondering this and feeling guilty about my overall tone and determining I really should gloss over the hard this week and focus on the joyfinding. I have so much to be thankful for and even my hard, in comparison, would be trivial when measured next to so many others.

But isn’t this the very thing I’m trying to learn/share? Life is hard and messy and exhausting; at other times life is easy and neat and energizing. It’s okay to bring both realities to the table because that is life (in my world at least).

With that PSA out of the way…let’s get started and see where this recap takes us.

READING| I finished reading The Lazy Genius last week (4 stars). I’d skimmed this back in November 2020 and things didn’t really click – I don’t know if I even finished the book? But after two years of pandemic living and a renewed commitment to minimizing stress in my life, the content of this book resonated on a new level. I have intuitively been doing a lot of what Adachi suggests, so it was more of a comfort read. But it was also useful to highlight some subtle tweaks I can incorporate into day-to-day life. This is a no-guilt book with lots of fodder for anyone overwhelmed with trying to “do it all.“

The Picture of Dorian Gray (4 stars). So many thoughts about this book. It definitely falls into the “slow-burn” category. At some points I thought I could never get into the narrative and, full disclosure, I definitely did lots of skimming in the middle section. But…wow. The messages were powerful. So many parallels to the Garden of Eden (the promise of pleasure and then eyes being, tragically, opened); I also saw connections to themes in Great Expectations and the Lord of the Rings. And the ending – I just loved it. I didn’t know what to expect (before getting this book I had imagined Dorian Gray was a woman), but this left me thinking long and hard.

I do want to give a shout-out to Hamnet and Judith. Here’s the thing – I did not actually read all of this book. I had ordered it based on an acquaintance’s recommendation and didn’t know the storyline; I quickly realized I wasn’t in a place where I wanted to read an account of a young child dying (fictionalized but based on a true story). That said, what I did read (and yes I skimmed it, and yes I read the ending, but I didn’t skip to the end first so…you’re welcome) was masterfully written.

I had read Maggie O’Farrell’s memoir I Am, I Am, I Am, but this was my first time delving into one of her fictional works. The book imagines the backstory of the death of William Shakespeare’s son, Hamnet, and the resulting impact on his wife and Hamnet’s twin sister, Judith. It is heart-wrenching; even though I couldn’t bear to read it all, it was unmistakably well written. And I had no idea that Hamlet is a common name iteration on Hamnet, the actual name of Shakespeare’s young son who died so tragically young.

I did not enjoy Reasons to Stay Alive OR The Midnight Library and can’t actually recall what made me pull the trigger on ordering this book, but Notes On A Nervous Planet is my favourite book so far in 2022. I rated this 5 stars (rare for me) and have already ordered myself a copy (even more rare).

(And yes I ordered a used hardcover and, yes, I will promptly ditch the dust jacket when it arrives.)

Notes On A Nervous Planet is a series of essays with a variety of formats – poems, lists, reflections. If this hadn’t been a library book I would have highlighted every other sentence. I saw some negative reviews online about the haphazard structure, but I actually appreciated how it was quasi-scattered and written in stream-of-consciousness. Instead of me trying to explain the book here are a few of the many quotes that jumped out at me:

Favourite picture books from the week. Something from Nothing is one of our favourite books. Ever. Delightful illustrations, a sweet story – the kids and I keep coming back to this one. And The Library; another re-read from years ago. The title character is an Elizabeth, so it gets bonus points.

Homemade sushi. We’ve mostly stopped rolling traditional sushi and now just make hand-rolls (so much faster!). John made up a pot of sticky rice and some filling and we put a dollop of each into individual-sized nori before dunking them into his extra delicious soy dipping sauce. Yum. This was Saturday’s date-night supper and it did not disappoint.

Scrambled eggs and bacon inside corn tortillas. On repeat. With mayo and ketchup, obviously.

And Chicken Mango Curry (the actual recipe calls it Mango Chicken Curry, but I can’t stand how that sounds rolling off my tongue, so it will forever be Chicken Mango Curry to me). If I could bottle up a jar of this curry and send it your way, I would. I have not made this recipe in several months. That’s a real shame. It’s one of those recipes that takes a bit of extra time and effort, but it’s always worth it.

I got the recipe from Shauna Niequist’s book Bread and Wine, but she got it from Sally Sampson’s The $50 Dinner Party. I make it slightly different each time, and it has never failed me yet. Because I love it so much, I’m posting the recipe below with a few notes about how I tweak the recipe to fit our family’s preferences; but I’m sure it would be great following the original recipe, too!

Chop up veggies + ginger and fry with a bit of EVOO for several minutes. Either remove from pan until after chicken has cooked, or transfer over to a slow cooker.

Add stock and/or coconut milk (see below) and simmer until the veggies are soft. Add in mango + raisins + lime juice + herbs about 20 minutes before serving.

Waffles. The picture below does NOT do this meal justice. (It was dark, the lighting was terrible.) Just imagine a halo of light and angels descending and singing the Hallelujah chorus. This waffle was so good. Peanut butter, homemade cherry preserves (frozen cherries, a glug of maple syrup, and tapioca pearls microwaved for 10 minutes or so), fresh blueberries, lactose-free strawberry yogurt, chocolate chips, and maple syrup). The only thing missing was some cream cheese spread and bananas.

Last weekend also involved chocolate cake. One of Abby’s Christmas coupons was getting to request Chocolate Cake with Chocolate Icing for Friday-night dessert (I haven’t been making many desserts lately). This is the end result in all its chocolate crumb glory (I froze the other 1/2 of the 9×13).

PLAY | Wordle. I’m loving it. I don’t do it every day, but it’s been a nice mental break when I remember. We got to church early on Sunday morning and there was a whole row of teenagers playing. I literally plugged my ears because I didn’t want to know the word…and then promptly forgot to play it at all on Sunday.

HARRY POTTER | Regular readers know that I’ve discussed one child’s obsession with Harry Potter (and now Lord of the Rings and The Hobbit). At first, this obsession mostly involved copious amounts of trivia. But it has expanded to include both baking projects and Pictionary.

This pastry concoction – completed with a babysitter – took about two hours and at least a pound of butter. Let’s just say it’s a good thing they went with Sorting Hats and not the Hogwarts Castle. (And who has the audacity to put something like this gingerbread castle in a children’s cookbook? Someone who does NOT HAVE CHILDREN, clearly.)

As for Pictionary, at one point over the weekend I looked up from the dining room table to find the whole family huddled around a tiny whiteboard guessing characters like Gimli, Aragorn, and Nazgul from chicken scratches made with a broad-tip marker. Only J. R. R. Tolkien characters. On a whiteboard.

It was very endearing.

Last Friday ended up being a snow day. More specifically – a freezing rain day (not to be confused with the “rain” day cancellation they had the following Tuesday). We got about 12 hours of freezing rain/ice pellets.

Not to be discouraged, we bundled up and headed out for our daily walk. At one point the kids decided it would be fun to slide down a neighbour’s side hill. We did that and then trekked home through the woods. Here are some shots of the fun.

During our time in the woods, we unexpectedly bumped into a neighbour who was out running. On a snowy/icy trail that was like sugar quicksand. That is dedication, folks. This being the neighbour who offered to shovel last weekend, whose wife makes the best cookies, and who leaves Christmas lights up until the early spring just to brighten our view. Want to know another endearing fact: he told the kids: “It’s Friday. That means peanut butter and banana sandwiches when I get home!” I could not love this more if I tried. To think of someone running through the woods in freezing rain (all the gold stars) and then heading back to his wife so they can make their Friday afternoon PB & Banana Sandwiches together. #LifeGoals.

I recently wrote how I wanted to be more mindful of how much time I was spending on my phone. While I can certainly get distracted by my laptop or other screens, for the most part, it’s my phone that has a tendency of turning me into a mindless zombie.

Here are the numbers:

One of the things I didn’t want to do was throw the good out with the bad and my smartphone does a lot of good.

It helps me stay in communication with my family (I’ve mentioned my mother’s daily texts) and I use it regularly to capture photos.

So I took the numbers one step further and separated out the time I spend on life-enhancing activities – namely communicating with those I love, capturing photo memories, and time spent organizing my lists.

The numbers are…better than I imagined. I don’t love the scrolling time of almost 4 hours last week, but it’s not horrific. I’ve made a point to navigate to news sites less frequently and I’m trying to look up fewer random Google search strings. (Do I really need to know more about the Dancing Plague of 1518? Turns out I do. This dancing mania killed 400 people and may have been caused by the consumption of rye flour contaminated with the fungal disease ergot, which is known to produce convulsions. I’ve now saved you 10 minutes of Googling on your phone. You are welcome.)

More than anything, I want to monitor my usage and, as Gretchen Rubin says, we monitor what we measure.

How was your week? Please don’t tell me if you’re able to wear sneakers outside every day. Try any great recipes this week? How are you feeling about your smartphone usage lately? Have you jumped on the Wordle bandwagon yet?