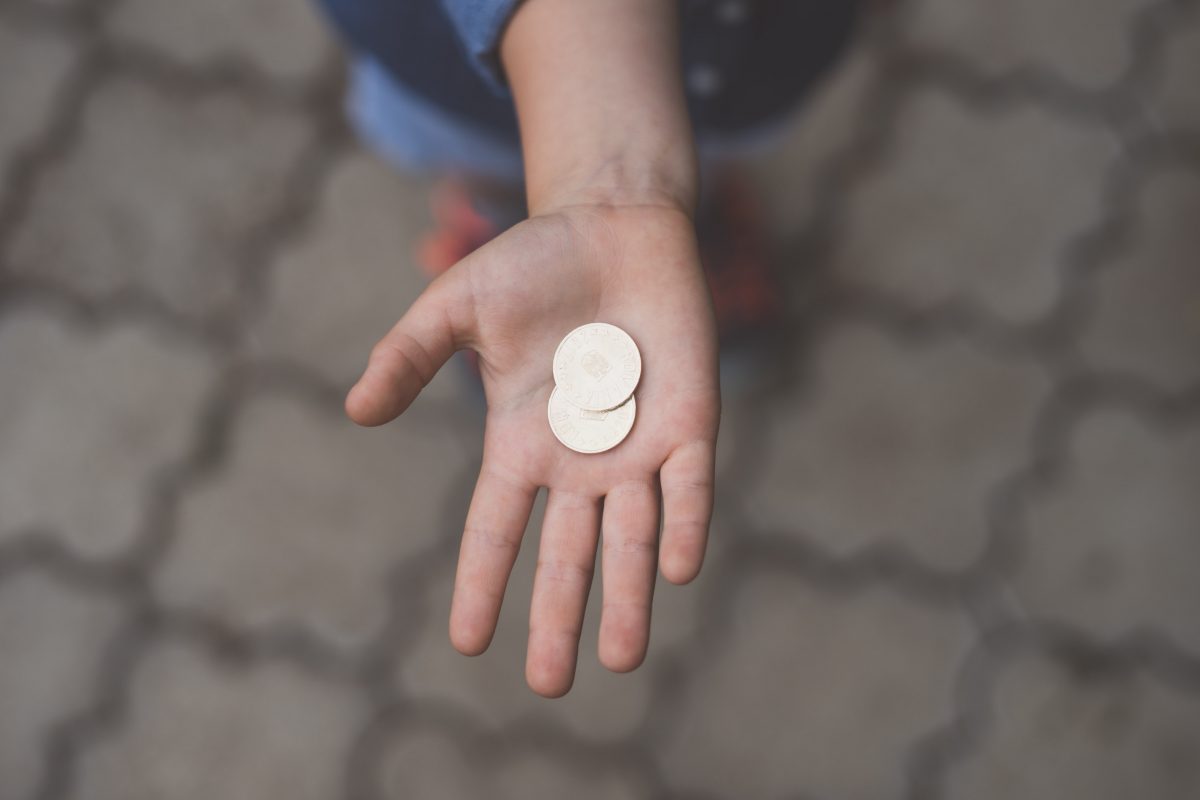 Deep down, the kids are very attached to each other – weekend sleepovers are a must or wailing ensues. They can show great compassion for one another and are especially defensive if they sense their sibling has been mistreated by a peer.

This is all lovely, but back to the fighting for a minute. Most of these squabbles occur over the tiniest of things. Like who gets the spoons out of the drawer for the soup. Or who gets to pray before our meal (there has to be something deeply ironic about fighting about who gets to express gratitude – sigh). Or who gets to crack their own pepper first. Or who gets to unpause the movie – this is a big one.

You get the picture.

So we flipped a coin. Abby won and got the coveted red, fluted bundt pan (but then, hilariously and predictably they both decided they wanted the silver pan, so she ended up getting “stuck” with the now undesirable red bundt pan, but at least everyone was civil about it because the coin had decided, not a dictatorial mother).

I forget about this hack a lot, but we’ve used it to decide who picks the movie, who gets to choose the first slice of cake, and who gets to sit in the currently preferred booster seat.

This may not be a solution when they’re older and fighting over who gets to borrow the car. But, then again, maybe it will be?

Have you ever flipped a coin to level the playing field with your children or to expedite other forms of decision-making?