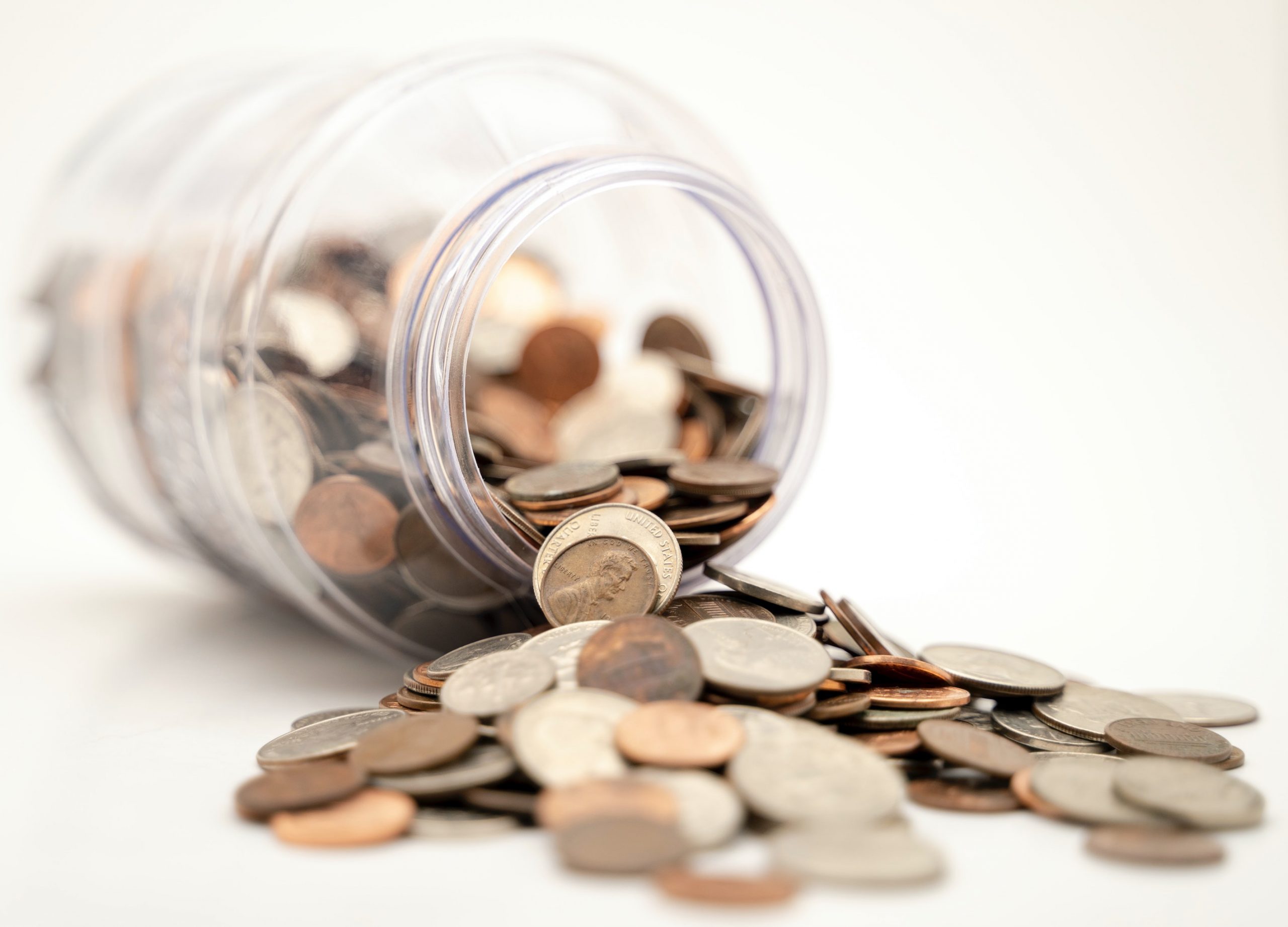 It might seem a bit strange to talk about saving money in the middle of the biggest shopping extravaganza of the year. But, to me at least, it’s a fun topic. I think finding ways to be fiscally conservative – while appreciating certain luxuries money can buy – is about as fun as cleaning out a linen closet. And friends…there is not much that ranks higher on my fun list than a good linen closet decluttering. Sad, but true.

I’ve talked before about our background – how we came out of university and bootstrapped two startups which, technically, left us spending years below the Canadian poverty line. You may have heard the entrepreneurial advice to pay yourself first – I’m here to tell you it rarely works that way (unless “paying yourself” equals $400 a month, minus deductions). We hacked our way through buying almost everything secondhand, living with limited square footage, and eating a lot of beef.

We had unarguable advantages. We were educated. We came from stable homes. We were white. See, unfortunately, being “frugal” is not a choice for many people. Low wages, restrictive work schedules, and lack of access to affordable housing, food, childcare, and education are the reality for far too many people. So when I talk about being frugal and our experiences, it comes from a place of enormous privilege. We live in a country with safety nets (e.g. extensive maternity leave and monthly federal payments to all families with children) and had personal social supports that so many are sadly lacking.

While our current financial situation allows us to be a bit more generous with how and when we spend money, our default is still to look for ways to maximize each dollar – believing we’re called to be wise stewards of it (including the fact that the more we save, the more we can give!). With those caveats in place, let’s discuss a few ways we’ve managed to stretch money over the years.

I’ve re-used teabags (not anymore, I’ll admit), I wash out Ziploc baggies, and we pack lunchboxes at home. But sometimes the payout just isn’t quite worth the effort.

For example, here in Canada, we pay a bottle deposit on most beverages. Juice boxes, soda, bottled water – they all come with an additional $0.05-0.15 charge per item. We don’t tend to buy many of these foods but had an upswing over the summer – largely fueled by my sudden affection for sparkling water. This bottle “deposit” is partially refundable, so I decided I would wash, dry and separate all the refundable items from the other recyclables and get back some of our money. For over a month I dutifully put in the time and energy (not a lot, but it wasn’t insignificant), drove with my husband to the depot ten minutes away, and prepared for our cash windfall. I estimated a $12 return for the bag.

We likely spent that much in gas to get to the depot, not to mention the time spent washing, drying and separating all the items (and the space it took to store them in our furnace room).

So while I embrace a minimal lifestyle and enjoy the challenge of finding small ways to save bits of money here and there – sometimes my energy would be better spent finding larger sources of kickback.

In other words, going from a 2-car to 1-car arrangement will make a much bigger difference to a fiscal bottom line than skipping a weekly latte.

We have never owned a new car since getting married and, recently, when COVID meant we no longer needed a second vehicle for frequent airport trips, we became a single-car family. A few times a month this feels inconvenient but, for the most part, it has been a small blip on our radar.

Working from home has advantages.

When we were in a position to buy our first home, the mortgage limit far exceeded what we would have ever considered maximizing. We bought the only house we felt we could afford (not what the bank said we “could” afford, mind you) in the town we loved. It has needed some repairs – some cosmetic and others proactively functional like replacing drainage tile and original 1970’s windows – but it cost about 1/2 of what other homes in the area were selling for at the time.

Finding a way to take a trip on points is going to save you a lot more money than skipping a trip up the Eiffel Tower.

When reasonable, make use of warranty guarantees

While this “hack” isn’t in the same category as downsizing cars or homes, I would say 8-10 times a year I make use of some warranty claim which has literally saved us 1000s of dollars over the years, for relatively minimal effort.

Some things I have claimed under warranty:

I think the biggest question of 2021, for me, has been: What really matters? Now that I’ve more clearly identified my values, where should I direct my energy and what goals should I make that align with these priorities?

The same applies to money. I often think back to the general gist of what Ramit Sethi asks: “What does rich look like to you?” Is it ordering appetizers before a restaurant meal (Sethi’s answer)? Is it buying a new book every month? Is it having a certain figure in your savings account? Is it being able to contribute a certain amount to charity each year?

I remember running into a co-worker in a grocery store many years ago, in the midst of our counting-every-penny days. We were shopping sales and buying the lowest-priced version we could find of most products. This co-worker looked flabbergasted when we explained our behaviour. He made some comment about buying what he wanted when he needed it. I couldn’t even fathom that idea! If we wanted to make chicken fajita’s and chicken wasn’t on sale, we simply wouldn’t be having chicken fajitas!

But this was easy for us.

I had a friend who, after she was newly married, told me she and her new husband were working hard to establish a firm budget in just about every category of life. But, she added: “We’re not capping books; we can buy as many books as we want each month.” I can count on one hand the number of books I buy over the course of several years, let alone each month! But for this friend, not going over her monthly grocery allowance was easy while putting limits on buying books was non-negotiable.

Our wedding cost a small fraction of what I expect most weddings do; in lieu of a present one friend did flowers, another played the piano (she also made our wedding cake), while another took our photos. It was truly a wedding on a budget!

But when we went to pick our wedding bands, I hit a roadblock. I wanted to get a band that matched the diamond chip pattern on my engagement ring. There were two bands that would potentially fit the bill. One band had smaller chips, set in a narrower pattern. It was about $200. The other band had chips that matched my engagement ring exactly, but it was $300. $100 seemed like a lot of money to spend on something as frivolous as diamond chips and I deliberated for an inordinate amount of time.

I tried to rationalize how the smaller chips didn’t look that bad. After several visits to the jewelry store I (thankfully) decided that since this was something I hoped to wear every day for many many decades, the extra $100 was warranted.

I’ve thought back to this specific example many times when I’m trying to debate long-term quality/pleasure vs. my frugal nature when making a decision. Save where it’s easy to spend where it’s valuable, realizing that “value” is incredibly specific to each individual. I have a number of friends who don’t wear engagement rings at all and have thin, gold wedding bands – I suspect their trips to the jewelry store involved very little deliberation.

And sometimes expenditures don’t need a frugal hack – they just need to be hacked.

We have mutually agreed, to the relief of all parties involved, to stop exchanging Christmas gifts with a number of friend groups over the last few years. Less stress and a lot less money. Instead of trying to find a great gift at a reasonable price, now we spend holiday get-togethers enjoying food and each other’s company, not worrying if our gifts align on price point.

Instead of getting a less expensive coffee at a mediocre cafe, just don’t get the coffee.

Or, if you’ve successfully replaced a mattress under warranty, go whole hog and buy the most expensive latte money can buy. I’m kidding. Maybe… Save up. Spend out.

10 thoughts on “Some Thoughts On Saving Money (Can I Touch This in December?)”