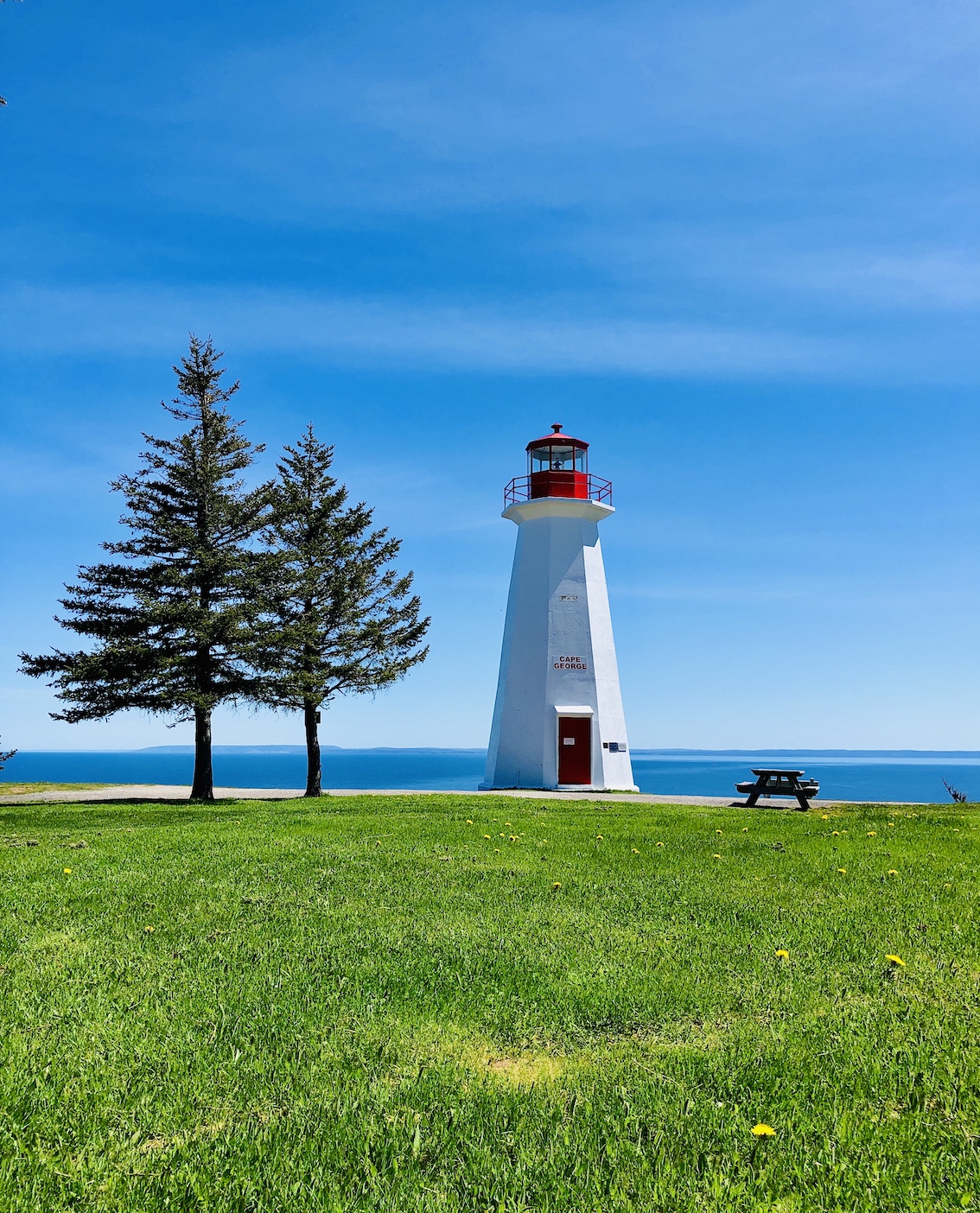 We do love a good lighthouse. If Peggy’s Cove and Cape Sable head up the A-team, here are some solid contenders for the B-team roster.

Standing tall in black-and-white, the lighthouse in Margaretsville is a lovely coastal destination. Walk along the shore a bit and you’ll discover a great little waterfall (warning: explore too long and you might just get caught by the tide. This happened to my little crew the last time – though wet shoes are quickly remedied, it’s a not-so-subtle reminder that we boast the world’s highest tides)!

Cape George and Arisaig are hidden gems in the lighthouse department. Neither came across my radar without lots of searching, but they’re both worth a visit.

Overlooking St. George’s Bay, the views at Cape George are especially lovely – look one way and you’ll catch a glimpse of Prince Edward Island and the other way leaves you staring straight at Cape Breton.

Arisaig Lighthouse is also located on the Northumberland Strait. While we didn’t get a chance to check out all the regular amenities (we visited during summer 2020 and COVID restrictions were in full swing), under normal conditions there is a dockside cafe known for its seafood dishes that sounds absolutely delicious.

We visited at low tide and the exposed ocean floor was littered with oyster shells – which the kids collected with wild abandon – and wooden remnants of a long-abandoned dock.

I’m excited to revisit Belliveau’s Cove to see the new infrastructure (the damaged wharf has been replaced); maybe this time we’ll live on the wild side and visit at high tide?

A favourite of close friends, somehow we didn’t reach Black Rock for years after first hearing about it. While the lighthouse structure is relatively minimal, the kids couldn’t get enough of exploring the shoreline.

Our first visit was a blustery, cold day in March. We opted to picnic in the backseat of the still-warm car but, sufficiently sustained by food, we soon braved the elements in snow gear. It was worth the dip in core temperature.

Great climbing opportunities abounded; we found a little stream and the kids launched the requisite twigs and followed their winding path to the ocean. We took turns trying to throw rocks into a tidal pool (I’m not going to win any free-throw competitions) and walked far enough along the coast to take in some gorgeous sights.

This last lighthouse was pretty unassuming. We visited it on a sunny spring day during the early stages of COVID and after weeks of being homebound, the kids stretched their legs and enjoyed some temporary freedom. Most years there is a functioning craft store and tea room; while I might return for the shopping, want to hear the (maybe silly) reason I remember this lighthouse? Whenever I hear the name it reminds me of Gilbert Blythe from Anne of Green Gables – and that’s enough to make me smile every single time.