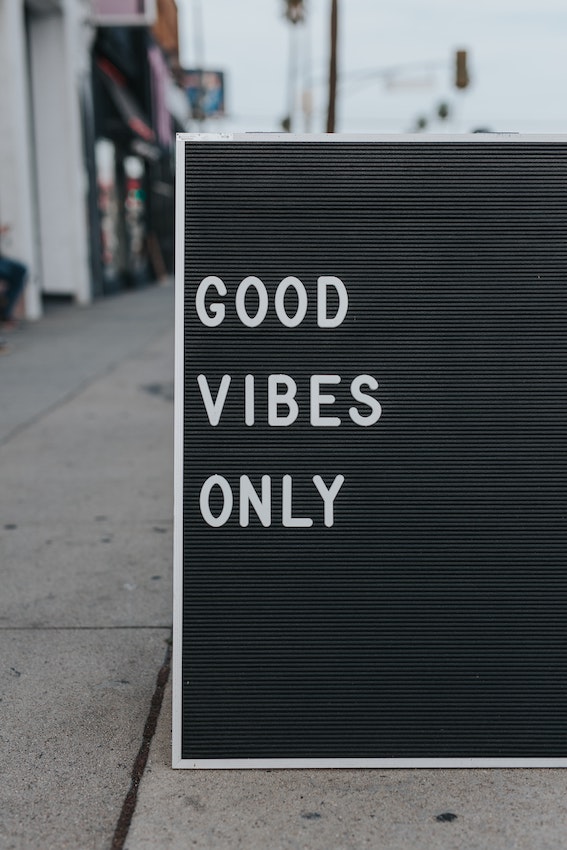 Does anyone else remember the hype surrounding Neil Pasricha’s string of bestsellers that started with The Book of Awesome?

If you’re not familiar, Pasricha writes about everyday things that, when you stop to think, are really awesome, like: finding cash in an old coat pocket, when cashiers open up new checkout lanes at the grocery store, popping bubble wrap, managing to move clothes from the washer to the dryer without dropping anything (harder than you think!), and when you get the milk-to-cereal ratio just right. Not only are these all awesome experiences he wrote about in his first book – each and every one of them has happened to me in the last month. To be fair, I specifically planted a $20 bill in my winter coat last spring…but when I went to put it on for the first time this fall, I couldn’t remember if I had left money hidden in one of the lesser-used pockets. I had – and pulling out a crisp $20 (along with a few BandAids and an unused Kleenex stash) felt awesome!

In honour of American Thanksgiving, I thought I’d list some things that have happened to me in the last few months that I would categorize as That Was Awesome moments. Because labeling something as a That Was Awesome moment requires us to pay attention, change our perspective, and choose to appreciate the little things in life. Basically, it’s gratitude gussied up in party clothes.

Note to self: it’s time to restock my on-the-go supply of BandAids everywhere – purse, car, coats!

Your turn. Have you had any That Was Awesome moments lately? If you’re celebrating Thanksgiving today, what are three things you’re most thankful for in 2022? Of the awesome moments I describe above, which is your favourite and/or which one has happened to you recently? Did it feel awesome at the time, or only in retrospect? 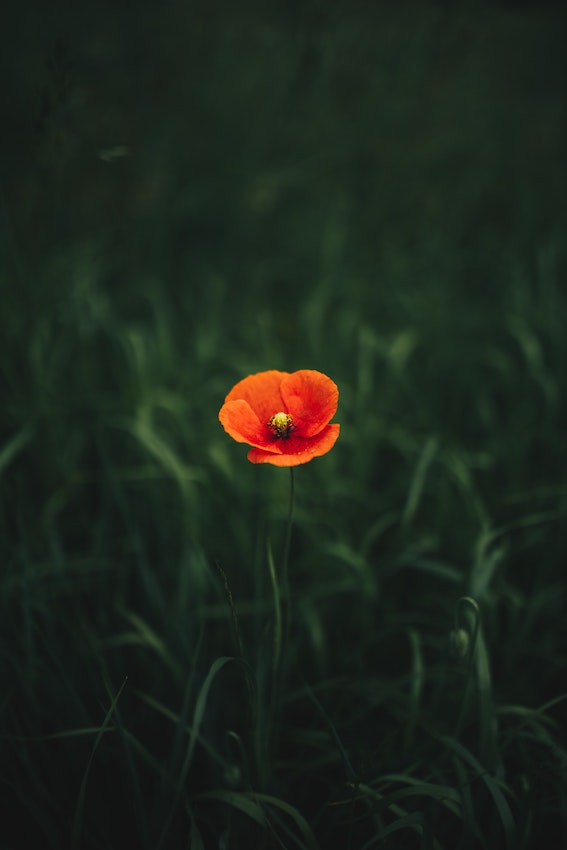 My grandfather, Ellis, served in the Canadian Navy. At some point in the 1940s, his ship was torpedoed – sank – and he floundered in the chilly Atlantic. The war he survived; the cancer diagnosis that came 18 years later, he did not.

I know very little about my grandfather. When my brother was little he saw a picture of Grampie up on a dresser and pointed, saying: Daddy?

My father – in looks, at least – was a carbon copy of his father, most notably for their distinctive ears. In various text chains over the years, when I’ve sent pictures of Levi, my mother has replied: My, you sure can see traces of his grandfather. Especially those ears!

Which means, of course, he bears traces of his great-grandfather as well.

So who was Ellis?

After the war, he settled in Saint John, Canada. He married Evelyn. By the time he died in the 1960’s, he left behind four children (and had buried another – her name was Elizabeth).

I know my grandfather’s row of medals were passed on to my uncle when my grandmother died. From what I gather, he rarely talked about the war, but surely it haunted him.

It seems incomprehensible, in a way, how deeply an entire generation was touched by war. Those on the front lines of course but those at home, too, huddled around their radios, listening to the crackling voice announcing daily updates. It touched them all. My grandfather-in-law was a cook; my grandmother-in-law, a war bride from England.

Those “lucky” ones – the ones that survived – came home. My grandfather and grandfather-in-law were the lucky ones.

What would they make of the newsfeed on my phone this morning?

My brother-in-law has served in the Air Force for several decades now. This summer I sat around the dinner table with my nephew (wasn’t I just cradling him as a newborn?), his fatigues resting on the table beside my grilled sandwich.

When he puts his helmet on you can see genetics at work: he too bears his great-grandfather’s ears.

I can’t – and hopefully never will – fully understand what my grandfather experienced. I don’t know if he had nightmares and flashbacks. I don’t know how many friends he lost. Was it dozens? Did his heart default to gratitude for survival, or did that very survival haunt him?

I don’t know the answer to any of these questions. And that, especially on Remembrance Day, haunts me.

I may not know how long he was adrift in the ocean, or what horrors he experienced (or had to inflict) but this I know: if arms hadn’t reached out to grab him from the Atlantic, I wouldn’t be here today.

Without that rescue, there is no me, no us, no Abby or Levi.

And so, in memory of Grampie Ellis: 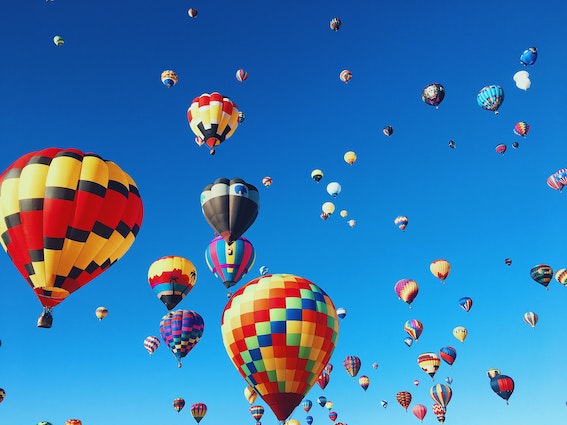 Often, it’s the littlest of things that help lift me out of a sour mood. Sometimes I don’t even realize I have a furrowed brow and tense shoulders. But then I’ll do one of the items from the list below and – Wow! I feel so much better!

I’m not above wallowing – at all! – and I try to give myself lots of space to feel whatever emotions are relevant and necessary in the moment. But, it can also feel empowering to take tiny steps toward boosting my mood. Especially as I’m coming off a week where everything felt slightly off-kilter and I was a bit… irritable.

When I was drafting this post, I jotted everything down in a stream of consciousness; while there are many more that would likely be relevant, in reviewing the list it does seem highly reflective of what (currently) works for me.

Also, a huge thanks to Katie over at Law and Creative (Hi, Katie!) who inspired me to write this post.

Your turn. What things are guaranteed mood boosters for you? Maybe lighting a candle, snuggling a pet, 30 minutes with a good book, or going for a long run? 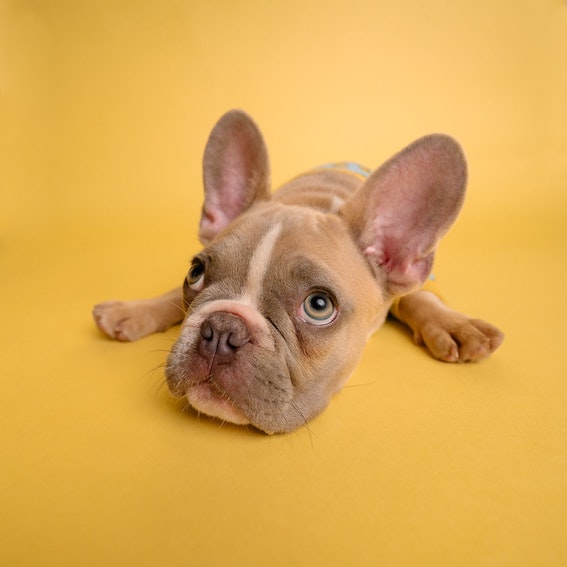 Let’s chat about my hearing loss for a bit, shall we?

The last two weeks have been quite a roller coaster. I woke with excruciating ear pain late Thursday night (13 October). I took an extra-strength anti-inflammatory, wrapped a warm Magic bag around my ears and, thankfully, the pain dissipated by morning.

If you’ve been reading along, you know the punchline to this story. I tested positive for COVID at the hospital and headed home for a long cry and 24 hours of wallowing. At some point – and I was a bit distracted by the chaos of the whole situation – the hearing in my left ear dropped precipitously, though I didn’t think much of it at the time. I no longer had pain and I was basically isolated at home for a week because of my positive COVID test.

Eventually (thanks in part to comments from insightful readers), I started paying closer attention to this lingering issue.

Saturday morning, I booked an appointment to see my family doctor on Monday afternoon. John was gone on a hike until 3:30 pm, and I spent hours dithering about whether I should go to outpatient emergency care at the hospital. I knew the wait time could be long and it felt silly to go when I had an appointment Monday, but I also knew that time could be of the essence and I hadn’t seen any improvement over the 7-8 days with regard to my hearing loss.

I ended up leaving the moment John walked in the door!

*I promise I wasn’t sitting there gawking at people in their distress, these were just the things that happened directly in front of me.

The wait time was relatively long – over 4 hours – and I would have preferred to be home doing date-night with my hubby, but I couldn’t help but appreciate:

When I got seen by the doctor on call, he told me there was no infection and because it wasn’t a complete hearing loss, steroids wouldn’t make sense (and I was out of the optimal 72-hour window for treatment). He told me to take an antihistamine and go home.

I canceled my appointment with my family doctor and decided to worry less.

Sunday morning at church I bumped into a friend who had a family member permanently lose their hearing because of an auditory nerve infection that wasn’t properly treated. Her husband, a GP, overheard our conversation and agreed that I should get a second opinion.

I dithered more, but Monday morning decided I should see my doctor and – thankfully – the same appointment I had canceled was still available!

And here’s where the gratitude started to run deeper:

She was far more worried than the ER doc. She did a basic hearing test, said she would recommend a 7-day course of steroids (told me the side effects, but when she said if she was in the same position she’d take the medication, I believed her wholeheartedly), told me I needed an emergency audiogram, and made a referral for an emergency consult with an ENT.

So there you have it. A long post about my hearing loss which has consumed a big portion of my week, but brought many, many prompts for gratitude.

One last point. Part of me feels…guilty in my gratitude. For starters, I have what should be completely reversible hearing loss while others are suffering through an irreversible cancer diagnosis or other horrible realities. My life reeks of privilege – I’m white, have access to a family doctor, live in a county with a public healthcare system, etc. But sometimes the best thing I can do is focus on my reality – as privileged as it is – and be grateful for what I have.

Your turn. Do you people-watch while waiting for appointments? Is getting efficient medical care a gratitude prompt in your life?